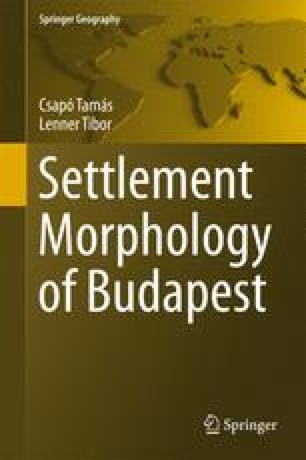 General Issues of Building Up

The chapter is an introduction to the image of the Hungarian capital city, examined mostly from the aspect of the level and styles of building up. The primary focus of the chapter was the intensity of building up, which is typically influenced by market factors (e.g. land plot prices), the function of the respective area and the construction regulations specified by urban planning. In addition to this, the breakdown of the territory of Budapest was introduced, by the main types of land use. It was found that the level of building up changes across the various districts and zones in Budapest, with its intensity decreasing most of the times from the inner city outwards. At the end of the chapter housing constructions and the changes in the stock of homes in the districts of the Hungarian capital city were analysed.

Style of building up Intensity of building up Housing constructions Stock of houses Land use
This is a preview of subscription content, log in to check access.