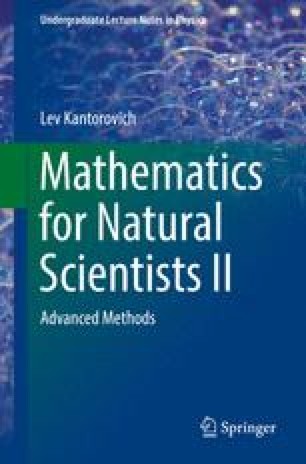 If an unknown function of several variables and its partial derivatives are combined in an equation, the latter is called a partial differential equation (PDE ) . Several times above we have come across such PDEs when dealing with functions of several variables. For instance, in Sect. I.6.5.1 we derived the continuity equation for the particle density which contains its partial derivatives with respect to time t and the spatial coordinates x, y and z.

Wave Equation Heat Transport Laplace Equation Heat Conduction Equation Laplace Transform
These keywords were added by machine and not by the authors. This process is experimental and the keywords may be updated as the learning algorithm improves.
This is a preview of subscription content, log in to check access.