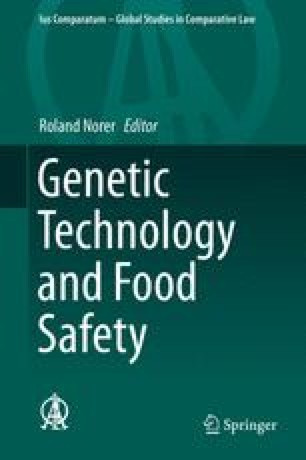 Genetic Technology and Food Security: A View from the United States

Genetic technology has produced new varieties of crops, primarily corn, soy, and cotton, that resist insects and tolerate herbicides. Many producers in the United States have cultivated genetically modified crops, and in 2014, GM crops were grown on millions of hectares in 28 countries. Legal requirements for authorization in the United States, implemented by the US Department of Agriculture, Environmental Protection Agency, and Food and Drug Administration, are designed to ensure that genetically modified crops are safe to grow, safe for the environment, and safe to eat. GM crops have raised significant issues: labeling, not currently required in the US; liability for possible damage caused by cultivation and sale; and regulatory barriers and asynchronous approvals. In light of current food insecurity, the growing world population, and the uncertainties of climate change, GM crops may help to satisfy global food demands.

Food Insecurity Supra Note Genetically Modify Crop Global Food Security World Food Summit
These keywords were added by machine and not by the authors. This process is experimental and the keywords may be updated as the learning algorithm improves.