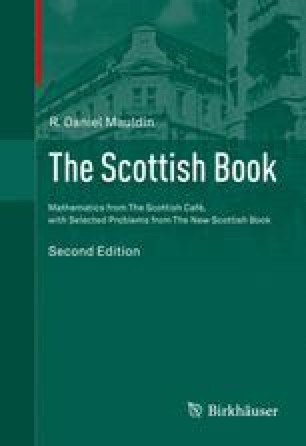 Lwów of the West

At the end of World War 2, the Yalta/Potsdam Agreements made Lwów part of the Soviet Union’s Ukraine Republic, and the Silesian capital, Wrocław, part of Poland. Most of the faculty of the Lwów’s Jan Casimir University moved 320 miles west to the newly Polish city of Wrocław. That included several major figures of the Lwów (and Warsaw) School of Mathematics, settled at the new University and Polytechnic of Wrocław led by the former Rector (President) of the Lwów University, Stanisław Kulczyński, a biologist. Figure 1 shows the dramatic shift West of the political boundaries between Germany, Poland and the Soviet Union executed in 1945, and the related move of the academic community from Lwów University to Wrocław.

Major Figure Polish City Bieberbach Conjecture Generalize Stochastic Process Jesuit College
These keywords were added by machine and not by the authors. This process is experimental and the keywords may be updated as the learning algorithm improves.
This is a preview of subscription content, log in to check access.