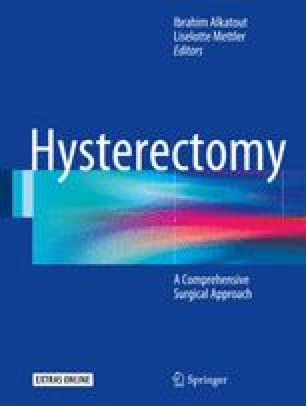 The prognosis for women with gynecologic malignancies, e.g., cervical or endometrial cancer or uterine sarcomas, not only depends on local tumor spread but also on a wide range of additional findings. These include positive lymph nodes, ascites or distant metastases. CT and MRI have increasingly been used for optimal treatment planning in gynecologic malignancies. Their staging criteria are based on the current FIGO staging system and the TNM classification system (Pecorelli, Int J Gynaecol Obstet 105:103–104, 2009; Sobin and Compton, Cancer 116:5336–5339, 2010).

Magnetic Resonance Imaging (MRI) is a perfect tool for the evaluation of the morphology of the entire female pelvis due to its high-resolution images combined with an excellent soft tissue contrast and without the application of radiation, and should be given preference for imaging of the female pelvic organs. Even without intravenous contrast media, many diagnoses could be made or even differential diagnoses could be excluded. Additionally, contrast enhanced MRI is superior to CT for differentiation of recurrent tumor and radiation fibrosis. However, patients with pacemakers, or non-MRI-safe implants, cannot be examined with MRI due to its magnetic field strength.

PET is often combined with CT, and nowadays with MRI, to combine both the molecular imaging technique and the morphological information. PET/CT has benefits in the diagnosis of tumor recurrence, in the detection of occult metastases, and in the differentiation between scar tissue and recurrence in severe cases (Brocker et al., Strahlenther Onkol 187:611–618, 2011; De Gaetano et al., Abdom Imaging 34:696–711, 2009).