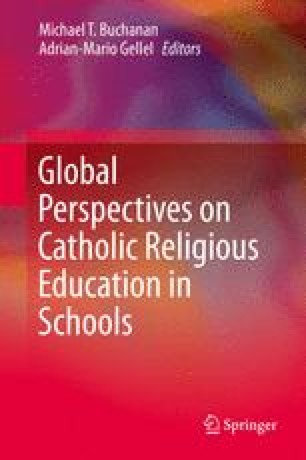 Religious education is currently undergoing something of a desert experience in South Africa where it has largely disappeared from the public discourse. With the 1994 shift to a constitutional democracy and a series of curriculum revisions motivated by the sour aftertaste of Christian National Education, religion has lost ground progressively in the national curriculum to the point where it is reduced to some rudimentary content in the learning area, life orientation.

Most of these developments are in their infancy as Catholic education structures strive to overcome rather daunting odds. The resource base for the subject is thin both with respect to personnel and materials. Teacher morale and competence are often low, and religious education has little or no status in the eyes of education departments who tolerate more than support it in Catholic schools that enjoy the right to offer it through negotiated agreements.

The inspiration for persevering in this desert journey comes from two sources, namely, the desire to offer students in Catholic schools the relevant and equitable experience of religious education that they are entitled to and the desire to serve the common good through keeping the development of this subject alive for future generations of South Africans.

National Curriculum Religious Education Catholic School African National Congress Constitutional Democracy
These keywords were added by machine and not by the authors. This process is experimental and the keywords may be updated as the learning algorithm improves.
This is a preview of subscription content, log in to check access.