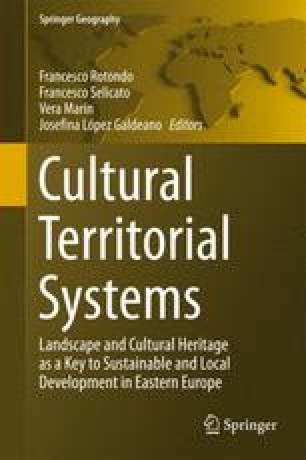 Planning and heritage policies in independent Moldova must be seen in the context of a multilayered, turbulent transition reflecting an economic downfall, territorial instability, and a fluctuating political identity. Despite political and economic turmoil, Moldova’s planning and heritage legislation was harmonized with European practices. Nevertheless, holes in legislation as well as the incongruence of law and practice have led to abuses and damage to Moldova’s heritage and to planning obstacles. Regarding the shift in scale from the national level to the southern district of Cahul, this chapter further discusses the challenges of planning and heritage in a rural area with rich intangible heritage but with a poor infrastructure and severely low budget. The local-level analysis also suggests ambivalence toward built heritage as well as the predicament of public participation. The implementation of a cultural territorial system approach in the Cahul district, to link natural and cultural heritage, spatial planning, and local stakeholders, is discussed as an opportunity for local and community development. A discussion of various actions—including mapping heritage and landscape, building local networks, and geotourism as a relevant development paradigm and a catalyst approach—suggests that even with few financial resources, rural regions and small historic centres can approach creatively and successfully the promotion of local development through a cultural territorial system approach.