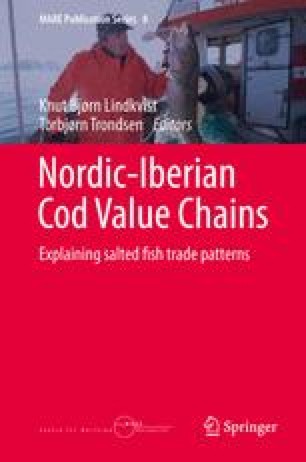 Challenges of the Norwegian Salted Fish Industry in the Spanish Market

The Spanish market for salted fish products has been restructured over the last decade. A significant pattern is a steady increase in the consumption of frozen light salted fillets at the expense of traditional products. The three Nordic countries, (i.e., Norway, Iceland and the Faroe Islands) account for around 90 % of the Spanish market share. Among them, the share of Iceland is expanding, due to the substantial growth of light salted fillet export. The share of Faroe Islands slightly increases due to its success in clipfish fillet exporting in consumer packages. However, the Norwegian export suffers a major loss, which is mainly explained by its conventional commitment of export of wet salted cod. Overall, the results indicate a significant challenge for the Norwegian salt fish industry to maintain its position in the Spanish market. A market-oriented strategy of differentiating and developing new products is suggested to improve the Norwegian industry’s performance in Spain.