Epilepsy Towards the Next Decade 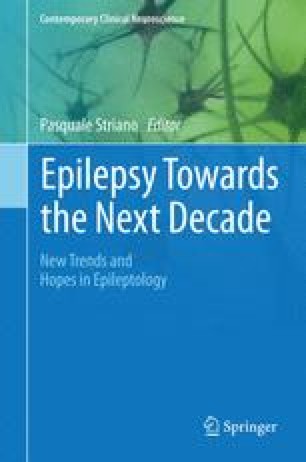 Since William Richard Gowers’ time, for over a hundred years, it has been discussing the possible link/comorbidity (causal or not causal) between epilepsy and headaches. During the latest decades, new data have emerged in favor of a non-random relationship between these two entities. They are both characterized by transient attacks of altered brain function with a clinical, pathophysiological, common genetic factors and therapeutic overlap, thus, they may also mimic each other. In fact, the clinical distinction between headache and epilepsy can be so difficult to make the differential diagnosis sometimes highly problematic. Both are common, often co-morbid and, in this latter case, headache attacks can be temporally related with the occurrence of epileptic seizures as pre-ictal, ictal, post-ictal or inter-ictal phenomenon. Yet, they are both paroxysmal and chronic neurological disorders that share many clinical and epidemiological aspects, and they may, both, present with visual, cognitive, sensitive-sensorial and motor signs/symptoms; these neurophysiologic phenomenon arise from the cerebral cortex and are modulated by sub-cortical connections.

Even from an epidemiological point of view data from the Literature about the co-morbidity between headache and epilepsy seem to be clearly different in children.

In addition, to make this scene even more variegated and complex, new data, supporting the possibility that a headache may even be, in some cases, “the only ictal manifestation of an epileptic seizure”, became available. This latter condition, the so-called “Ictal Epileptic Headache”, is a new entity that has recently been quoted in the new classification of headache disorders (ICHD-III, third edition, published in July 2014 in Cephalalgia), whose diagnostic criteria have also been suggested and published very recently.

Here it have been reported, in their essential aspects, the available data that during the latest decade have led to propose “diagnostic criteria” for “Ictal Epileptic Headache”. In this regards, in particular, it is crucial to stress that the Authors who proposed the diagnostic criteria for the “Ictal Epileptic Headache”, have “deliberately” and “consciously” chose to formulate “criteria” that underestimate the phenomenon rather than to spread the “panic” among patients and physicians who are reluctant to accept this concept because the stigma attached to the diagnosis of epilepsy. In the future, when this concept (an “headache” as sole ictal epileptic manifestation) will be “metabolized”, we will be able to propose “different and less restrictive” criteria than those recently published.

My interest and my commitment to research in the field of pediatric neurology have been made possible only by the patience, trust and love of my parents, Maria and Alfonso, my son, Eduardo Alfonso, and my wife, Loredana, to whom I will forever be indebted, as well as by the support of all the people I have met over the years.

Cite this chapter as:
Parisi P. (2015) The Complex Relationship Between Epilepsy and Headache and the Concept of Ictal Epileptic Headache. In: Striano P. (eds) Epilepsy Towards the Next Decade. Contemporary Clinical Neuroscience. Springer, Cham. https://doi.org/10.1007/978-3-319-12283-0_8