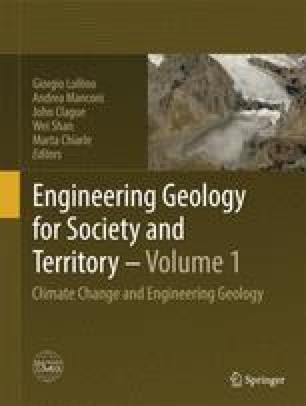 Expert knowledge using high-resolution projection is a growing need and is particularly useful for local climate change adaptation. However, the inability to access and apply these scientifically-based climate data becomes a significant hurdle, especially in the poorest and most marginalized communities. Poor countries and depopulated communities in developed countries are more vulnerable to climate change because they tend to be in geographically weather-sensitive areas. This paper aims to: (1) develop an approach based on Geographic Information Systems (GIS) to cost-effectively and easily integrate observed and projected data into decision-making processes; (2) document how to adjust bias of projections, to provide accurate climate predictions for local decision makers; and (3) assist local decision makers in clarifying regional complex priorities for marginalized communities, with a wide array of adaptation options through efficient use of a GIS database. Kurihara (population 74,149; area 804.93 km2) in Miyagi Prefecture, Japan was chosen for a pilot study. The city comprises 10 depopulated communities within an active volcanic mountain and seismogenic area that is topographically complex, with the highest peak at 1,627.4 m. Post-disaster power shortages have renewed attention toward territorial planning and infrastructure, particularly in extreme climate regions. Our discussion focuses on how to transform the most recent regional climate projections (5 km resolution) into understandable and useful form for local policy makers to meet regional demands and to produce new forms of collective action via GIS. This method can be transferred to developing countries for potential climate change adaptation and mitigation plans.

The authors would like to thank the Meteorological Research Institute of the Japan Meteorological Agency for supporting this research. This study was conducted under the Green Society ICT (Information and Communication Technology) Life Infrastructure Project conducted by Keio University, and was supported by Funds for Integrated Promotion of Social System Reform and Research and Development, sponsored by the Ministry of Education, Culture, Sports, Science and Technology of Japan.