Viruses and Man: A History of Interactions 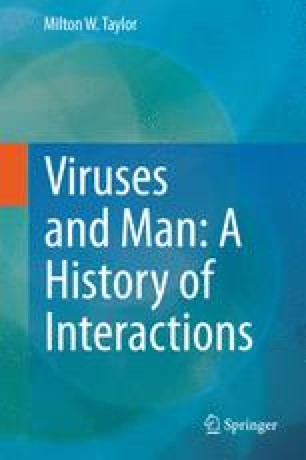 Viruses and Man: A History of Interactions pp 41-52 | Cite as

A History of Cell Culture

Cells from different tissues of plants and animals can be grown and cultured in artificial media outside the body. Cell culture started off as tissue culture with the development of the “hanging drop technique” by Ross Harrison, whereby a small piece of tissue was placed in a drop of medium (including serum), and cells migrated from the tissue into the surrounding environment. Further advances in tissue culture were made by Alexis Carel and Charles Lindbergh, who grew tissue on glass plates and developed techniques to keep tissue continuously growing. These techniques developed into cell culture, where cells could be collected from a variety of sources, separated by trypsin, and grown into a monolayer if given appropriate medium-containing serum. Such cells of human and murine origin were used for growing viruses. John Franklin Enders and colleagues discovered that poliovirus and other viruses could be grown in cell lines developed from primary cells. These results gave a boost to research in developing a polio vaccine, as well as to basic virology. In the 1940s and 1950s, plaque assays were developed for animal viruses, and quantitative methods of measuring viral growth were developed by Salvador Luria and Renato Dulbecco. In the 1960s and 1970s, methods were developed for clonal growth of cells in culture using newly isolated HeLa cells. This resulted in a new area of research—somatic cell genetics—with the development of stable cell lines. The observation that cells of different species fused in culture led to the development of somatic cell genetics, and eventually to the formation of hybridomas to produce monoclonal antibodies.

HeLa Cell Plaque Assay Tissue Culture Association Cell Culture Technique Polio Virus
These keywords were added by machine and not by the authors. This process is experimental and the keywords may be updated as the learning algorithm improves.
This is a preview of subscription content, log in to check access.

In 1935 Carrel published a book titled L’Homme, cet inconnu (Man, The Unknown), which became a best seller. The book discussed “the nature of society in light of discoveries in biology, physics, and medicine.” It contained Carrel’s own social prescriptions, advocating, in part, that mankind could improve itself by following the guidance of an elite group of intellectuals, and by implementing a regime of enforced eugenics. Carrel claimed the existence of a “hereditary biological aristocracy” and argued that “deviant” human types should be suppressed, using techniques similar to those later used by the Nazis.

“A euthanasia establishment, equipped with a suitable gas, would allow the humanitarian and economic disposal of those who have killed, committed armed robbery, kidnapped children, robbed the poor, or seriously betrayed public confidence,” Carrel wrote in L’Homme, cet Inconnu. “Would the same system not be appropriate for lunatics who have committed criminal acts?” he asks.

In the 1936 preface to the German edition of his book, Alexis Carrel added praise to the eugenics policies of the Third Reich, writing that the German government had taken energetic measures against the propagation of the defective, the mentally diseased, and the criminal. The ideal solution would be the suppression of each of these individuals as soon as he has proven himself to be dangerous.

Carrel, although living in the U.S., considered himself French and left his position during World War II to join the Vichy government as head of an institute on eugenics. He died in 1944 (before the end of the war), but he has been accused of being involved in the murder of thousands of mentally defective people and others suffering from disabilities. However, since he died before he could be brought to trial, one has to separate the good of the individual as a scientist from his personal opinions, and the consequences of those opinions. In the case of Carrel, he saved lives by his approach to medicine and supported those who destroyed lives by his belief in eugenics.