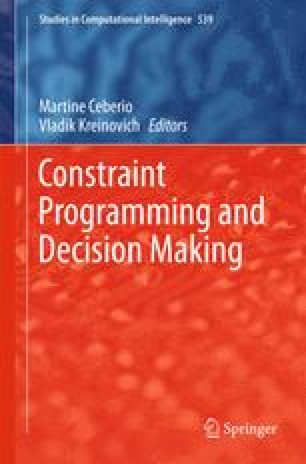 Many traditional physical problems are known to be ill-defined: a tiny change in the initial condition can lead to drastic changes in the resulting solutions. To solve this problem, practitioners regularize these problem, i.e., impose explicit constraints on possible solutions (e.g., constraints on the squares of gradients). Applying the Lagrange multiplier techniques to the corresponding constrained optimization problems is equivalent to adding terms proportional to squares of gradients to the corresponding optimized functionals. It turns out that many optimized functionals of fundamental physics already have such squares-of-gradients terms. We therefore propose to re-interpret these equations – by claiming that they come not, as it is usually assumed, from unconstrained optimization, but rather from a constrained optimization, with squares-of-gradients constrains. With this re-interpretation, the physical equations remain the same – but now we have a built-in regularization; we do not need to worry about ill-defined solutions anymore.