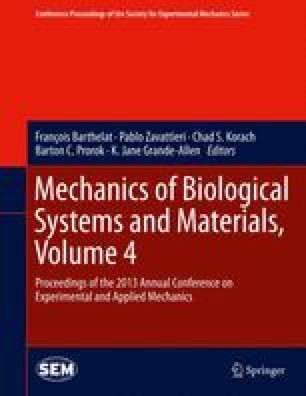 Mechanics of Biological Systems and Materials, Volume 4 pp 179-184 | Cite as

A Fractional Pressure-Volume Model of Cerebrospinal Fluid Dynamics in Hydrocephalus

Hydrocephalus is a serious neurological disorder characterized by abnormalities in the cerebrospinal fluid (CSF) circulation, resulting in an excessive accumulation of CSF in the ventricles of the brain, brain compression and sometimes an increase in the intracranial pressure. It is believed that hydrocephalus may be caused by increased CSF production, or by obstruction of CSF circulation or of the venous outflow system. Therefore, the treatment is based on CSF flow diversion. Given that the response of patients who have been treated continues to be poor, there is an urgent need to design better therapy protocols for hydrocephalus. An important step in this direction is the development of predictive mathematical models that better explain the fundamental science behind this clinical condition. One of the first mathematical models of CSF pressure-volume compensation introduced by Marmarou in the 1970s provides a theoretical basis for studying hydrocephalus. However, the model fails to fully capture the complex CSF dynamics. In this paper we propose a generalization of Marmarou’s model using fractional calculus. We use a modified Adomian decomposition method to solve analytically the proposed fractional order nonlinear differential equation. Our results show temporal multi-scaling behavior of the CSF dynamics.

© The Society for Experimental Mechanics, Inc. 2014