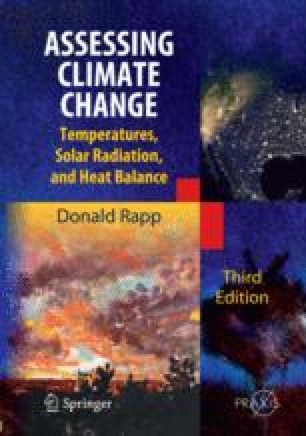 Over the past two or three decades, climatologists issued repeated warnings in press releases and other media emphasizing the putative dangers associated with global warming from increasing greenhouse gas (GHG) concentrations. Al Gore’s film An Inconvenient Truth (see Appendix I) had a major public relations effect. The U.N., through the Inter-governmental Panel on Climate Change (IPCC) as well as several other of its agencies, issued many reports and other media to support the alarmist viewpoint. Published materials, including some rather bizarre forms of the hockey stick were circulated to hundreds of millions of schoolchildren. The U.N. took the lead in organizing the international community to take action in setting goals and standards for reducing carbon emissions. Some of this is discussed in later sections of this chapter.

Climate Change Fossil Fuel Global Warming Gross Domestic Product Renewable Energy
These keywords were added by machine and not by the authors. This process is experimental and the keywords may be updated as the learning algorithm improves.
This is a preview of subscription content, log in to check access.