Practical Applications of the Philosophy of Science 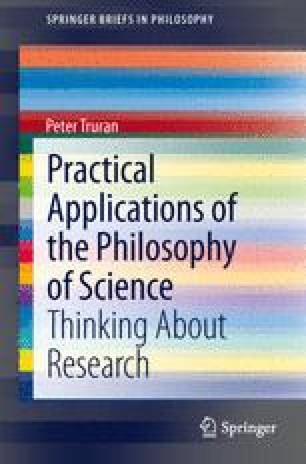 Chapter
Part of the SpringerBriefs in Philosophy book series (BRIEFSPHILOSOPH)

Science is under attack from those who believe that truth is relative and from those who reject the critical standards of science in favor of comforting pseudoscientific beliefs. Be prepared to defend science by understanding the philosophy of science so that you can marshal your arguments against pseudoscience.

Intelligent Design Wishful Thinking Metaphysical Theory Psychic Phenomenon Milk Sugar
These keywords were added by machine and not by the authors. This process is experimental and the keywords may be updated as the learning algorithm improves.
This is a preview of subscription content, log in to check access.