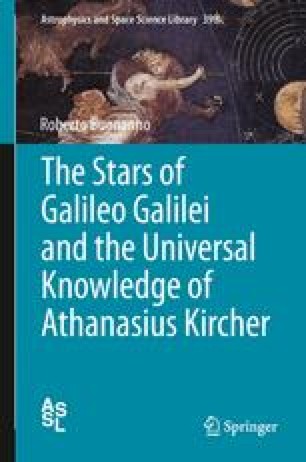 Watches and Sunflowers Rotating Upon a Stationary Earth

The arrival of Athanasius Kircher in Rome does not pass unnoticed. For example, Raffaello Magiotti, a priest from Tuscany who had studied with Galileo, immediately informs his teacher “… a Jesuit scientist has just arrived in Rome: apparently, he has lived for a long time in the East, he can speak 12 languages, has studied geometry, and has brought with him a few interesting objects. Among other things, he has a flower which turns according to the Sun’s rotation, and works like a watch. He has pinned this flower upon a piece of cork, which floats on the water: there is an iron pointer on top showing the hours, and there is a mechanism which calculates the time in other parts of the world…”.

Sunflower Seed Sunflower Plant Magnetic Influence Jesuit Missionary Hide Mechanism
These keywords were added by machine and not by the authors. This process is experimental and the keywords may be updated as the learning algorithm improves.

He who mixes business

Cite this chapter as:
Buonanno R. (2014) Watches and Sunflowers Rotating Upon a Stationary Earth. In: The Stars of Galileo Galilei and the Universal Knowledge of Athanasius Kircher. Astrophysics and Space Science Library, vol 399. Springer, Cham. https://doi.org/10.1007/978-3-319-00300-9_2