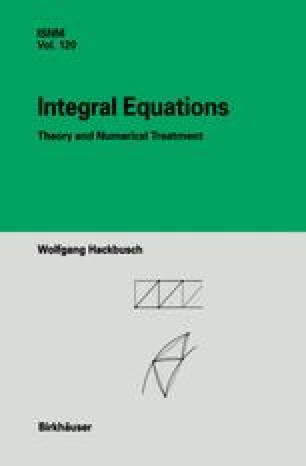 Theory of Fredholm Integral Equations of the Second Kind

In the very end of the last century, Erik Ivar Fredholm (Stockholm) investigated those equations, which are now named in honour of him. Together with results of Hilbert, his theory led to the development of functional analysis, which took shape in the beginning of this century.

Banach Space Kernel Function Integral Operator Image Space Fredholm Integral Equation
These keywords were added by machine and not by the authors. This process is experimental and the keywords may be updated as the learning algorithm improves.
This is a preview of subscription content, log in to check access.