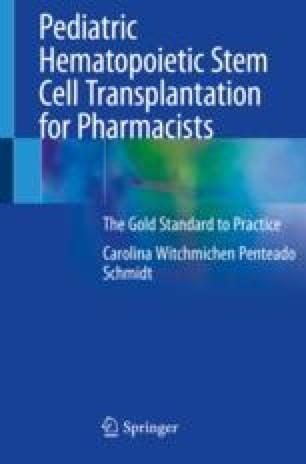 Stem Cell Transplantation in Children up to 1 Year Old

Stem cell transplantation is rare in neonates and infants, and there are divided opinions on this subject. There has been some research reporting an encouraging survival rate; and there are studies pointing hematopoietic stem cell transplantation (HSCT) in infants as a controversial treatment. In the Hospital for Sick Children (Toronto), between April 1992 and March 2010, 1363 children underwent stem cell transplantation—775 allogeneic and 588 autologous. Of these children, 51 (3.7%) were infants. Ten of these infants underwent autologous transplantation for oncology or hematology disorders—three of them because of neuroblastoma treatment (to perform high-cytotoxic protocols), three because of brain tumor treatment, two because of acute myeloid leukemia, one because of rhabdomyosarcoma treatment, and one because of retinoblastoma treatment. Twenty-four of the infants underwent allogeneic transplantation for hematologic disorders (eight for hemophagocytic lymphohistiocytosis, four for juvenile myelomonocytic leukemia, four for Wiskott–Aldrich syndrome, three for acute lymphoblastic leukemia, two for acute myeloid leukemia, one for severe aplastic anemia, one for chronic granulomatous disease, and one for megakaryocytic thrombocytopenia). Other infant patients underwent HSCT due to genetic metabolic disorders. Of these 34 infant patients who underwent allogeneic or autologous HSCT, 26 remained alive (a survival rate of 76%) at median follow-up of 8.7 years (2.5–17.6 years). Their median age at transplantation was 255 days (142–365 days). Another study, which was performed in 2009, reported that the use of allogeneic HSCT for leukemia in infants was controversial, since it showed no difference in survival in comparison with chemotherapy alone; the same study showed that the long-term effects of transplantation were particularly prominent in infants who had active endocrine, cardiovascular, pulmonary, neurological, musculoskeletal, hearing, or vision impairment, with the added risk of second malignant neoplasms. In a study performed in 2001–2002, in infants from the AIEOP AML 2002/2001 study, 46 of 63 children aged <1 year with acute myeloid leukemia (AML), treated with the study protocol, received HSCT, and the risk of fatal events occurring after transplantation was as low as 1%. Since only 10 of the 46 infants relapsed, it is reasonable to speculate that HSCT significantly contributed to the favorable outcome of these infants. Among transplanted infants in the AIEOP study, 14% had growth deficiency, 3% had decreased cardiac function, 9% had hypothyroidism, and 6% developed impaired cognitive function. In a retrospective analysis of 95 infants with AML, by Eurocord/EBMT, who received single-unit umbilical cord blood stem cell transplantation after myeloablative preparation, the 4-year disease-free survival rate was 82% [2].