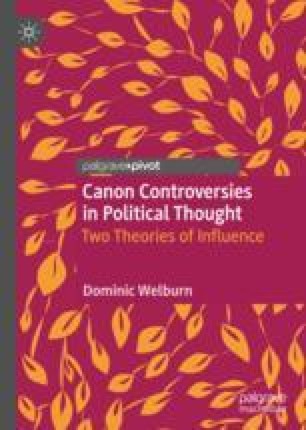 Visions of Influence and Originality

This chapter focuses on how a dominant understanding of influence as emanational in nature has proved pervasive also in music theory, poetry criticism, and particularly in literary studies. The key aim, however, is to chart how this emanational theory of influence became embroiled in the wider turn against a traditional Western canon of English literature. The chapter begins by critiquing a sedentary meaning of originality as simply a means of breaking free from influence, and how theorists and practitioners in music, poetry, and literary criticism have confronted influence’s complex relationship with tradition and canonicity. Charting the decline of influence ‘hunts,’ particularly in literary studies, again highlights that it is a particular understanding of influence as power (or what will be identified as the Nietzschean, emanational, or—in Bloom’s words—‘astral’ theory) that has been rejected. This is owing to its oppressive qualities rendering latecomers emasculated under the thrall of their ‘Great’ forbearers. Canonical thinkers affect future individuals due to their independent, epoch-transcending qualities at the expense of marginalized voices. As such, it is only a singular understanding of influence that has been in decline because of its association with elitist canon-formation.