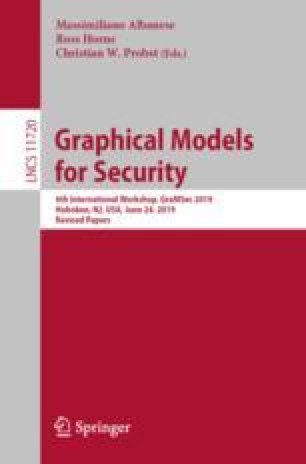 We present a framework for high-level automatic event detection and user classification in a social network context based on a novel temporal extension of relational algebra, which improves and extends our earlier work in the video surveillance context. By means of intuitive and interactive graphical user interfaces, a user is able to gain insights into the inner workings of the system as well as create new event models and user categories on the fly and track their processing through the system in both offline and online modes. Compared to an earlier version, we extended our relational algebra framework with operators suited for processing data from a social network context. As a proof-of-concept we have predefined events and user categories, such as spamming and fake users, on both a synthetic and a real data set containing data related to the interactions of users with Facebook over a 2-year period.

This work was supported by an internal grant from the Free University of Bozen-Bolzano under IN2078 (HAMSIK - High-level AutoMatic event detection in a SocIal networK context).

A  The Framework Functionalities

In this appendix we take a closer look at the main functionalities provided by the framework for high-level automatic event detection and user classification. More specifically, we list them below and give more details in the following sections.

A.1  Detection of Low-Level Annotations

This functionality allows to import all the low-level annotations occurring within a specified temporal window. So far, they can be imported from two different sources. These annotations are used as input for further processing steps. The first one is a real data set containing data related to the interactions of users with Facebook over a 2-year period, previously collected for [2]. The second one is a synthetic data set, generated by a specifically designated tool, whose size and the density of the events (i.e., the number of events per time unit) can be controlled via parameters by users. However, the system is flexible enough to easily allow in the future imports from other sources, including live data streams, compatibly with the related privacy policy.

A.2  Detection of Medium-Level Annotations

This functionality detects the interval labeling corresponding to the captured OSN Log (Fig. 1). More specifically, Fig. 7 shows the medium-level annotations corresponding to the OSN Log listed in Table 1. In Fig. 7 we use as source the synthetically generated data set unibz mentioned in Sect. A.1 and the medium-level predicates status&friends, messages, photos, session, shares, like, logout in offline mode. The collected interval labeling is shown on the right-hand side of Fig. 7 and can be further processed in order to infer both high-level events and user classifications.

A.3  Detection of High-Level Event Occurrences

This functionality detects occurrences of high-level events whose models are stored in the knowledge base. In this framework the knowledge base of event models is stored as set of stored procedures in the PostgreSQL database management system. As shown in Fig. 8, the user simply needs to select the event to be discovered (SPAM in this case), and the data set to be investigated (unibz in this case). Clearly, for a data set to be available, it has to be first processed, i.e., it has to be labeled via interval labeling). The result of the use case shown in Fig. 8 is an instance of the SPAM event detected for the user FABIO from 11:39:12 to 19:40:00.

A.4  Detection of User Classifications

Similarly to the procedure in Sect. A.3, this functionality allows us to discover the category to which each OSN user belongs. More specifically, a client interested in carrying out an OSN user classification has just to specify the following:

As a result, a specific category is assigned to the OSN user depending on the classification of his/her sessions (spamming, status&friends, messages, photos, like, and inactive) that appears most frequently. Thus, the categories to which the OSN user could belong are respectively Spammer, Interactive with Friends, Message Sender, Photo Poster, Like Adder, and Fake User. This is due to the fact that all the defined event models are flexible, so they can be also applied to classify users themselves, thus working at a lower (user) granularity.

This functionality allows to automatically carry out the overall process described in Sects. A.1, A.2, A.3, and A.4. As a result, the user just needs to specify all the inputs necessary in the previous sections once, and the whole process shown in Fig. 1 is performed; consequently, the output are the high-level events and the user classifications satisfying the inserted constraints.

The process can be run in both offline and online modes. For the online mode, we stream one of the data sets past the event detector, emitting the atomic events according to their timestamps.

A.6  Definition of a New Atomic Predicate

This functionality allows the user to add another atomic event to the set of atomic actions listed in Table 2. For instance, the user in the use case shown in Fig. 9 inserts the atomic action named Interact with Game.

A.7  Definition of a New Medium-Level Predicate

Similarly to adding atomic predicates as described in Sect. A.6, this functionality allows us to insert a new medium-level predicate into the set of categories listed in Table 2. More specifically, by means of another smart graphical user interface, the user is able to directly write the PL/pgSQL code of the new medium-level predicate, also specifying the relationships with the low-level atomic actions.

A.8  Definition of a New High-Level Event Model

As mentioned in Sect. 2, this functionality allows a user who is not familiar with relational algebra to easily define a high-level event model; Figs. 5 and 6 illustrate an example for using the smart graphical user interface for defining the Spamming event model.

In order to illustrate the advantages of the user interface, we describe the procedure for defining a new event model in the following. This is done in a step-by-step manner, by asking the user for (see Fig. 5):

After each step the application core checks the consistency of the input. At the end of the procedure, a summary with the retrieved instances, if any, will be visible to the user.