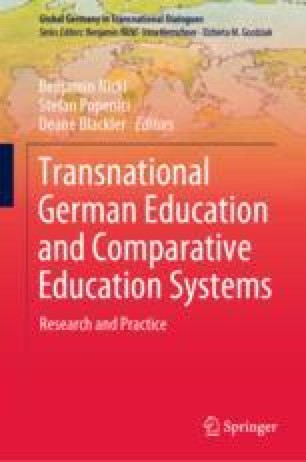 The State of Diversity and Decolonization in North American German Studies

From my perspective, diversity describes the result of a process focused on expansion and inclusion. Decolonization in contrast describes a process of an intentional unsettling of hierarchies, a forceful decentering of whiteness and hegemonic discourses, a constant questioning of the status-quo, and as a white, cis, female it also means a lot of deep listening to spoken or written texts by scholars, activists, and authors, who have continuously been pushed to the margins. As an educator at an institution which has diversity and inclusion as one of its four strategic goals, I have to pause and reflect on how I am contributing to this goal. Am I doing it while upholding institutionalized frameworks of oppression, or am I doing my work in ways that actually provide more access to more students to all areas of the university? As a result of my work as the co-founder of the scholarly collective Diversity, Decolonization, and the German Curriculum, I have implemented diversity and decolonization initiatives in my home institution. Through continuous reviews and revisions of the curriculum, I strive to move towards inclusive pedagogy, towards course readings that truly represent the diversity of the German-speaking world, towards a classroom that does not uphold ethno-nationalist, heteronormative, ableist beliefs about what it means “to be German.” Organizing these curricular initiatives always means to acknowledge that they will fall short, until German classes in the US reflect their status as settler-colonialist tools, outlining the ways in which we continue to benefit from and uphold setter-colonialism as discussed in the work of Tuck and Yang (2012). For a white, immigrant-settler like me, diversity and decolonization initiatives mean to choose discomfort intentionally over easy solutions, and it means decentering white and male mainstream voices to create space—in the curriculum and the classroom—for the multitude of voices and stories of marginalized and oppressed people.

In their 2012 essay, “Decolonization is not a metaphor,” the Unangax Indigenous methodologist Eve Tuck and the urban education researcher and community organizer K. Wayne Yang foresaw a patent likelihood: that well-meaning scholars and teachers, in search of powerful and motivating heuristics to frame our social justice critiques, would at one moment or another set our sights on ‘the decolonial.’ But, they inveighed, “Decolonization specifically requires the repatriation of Indigenous land and life. Decolonization is not a metonym for social justice” (21). Though Mignolo (2011), Quijano (2007), and Lugones (2010), among others, take a variously more capacious tack on this question of the use and abuse of the term decolonization, Tuck and Yang’s directive is unequivocal. It is all but designed to defuse the conceptual poaching of ‘decolonization’ in fields that have no business handling it, unless they are backed by a credible commitment to repatriate Indigenous lands.

As a non-Indigenous German Studies researcher and a settler in Indigenous lands at nearly all stages of my life thus far, I am grateful for this disinclusive methodological admonishment. Not only does it require me to forego and reject the prospect of conceptual sloganization (Schmenk et al. 2018) as an opportunistic habit of scholarly uptake, it also pushes me to deepen my search and sensibility for aspects of German Studies-based inquiry that specifically fulfill the criteria Tuck and Yang set forth for decolonial work, rather than those suited for a broad and flexible social justice ethos.

What Tuck and Yang’s directive has led me to, then—as just one German Studies researcher among thousands—is a set of writings from the 1930s in which German, Austrian, and Swiss scholars, involved in the nascence of neoliberalism (economists, policy-makers, social theorists), were seeking to manage the post-imperial refashioning of Africa and South Asia according to a dual-government model inspired by the Austro-Hungarian empire. While decolonized nations would be permitted the semblance of cultural autonomy, scholars like Friedrich Hayek, Ludwig von Mises, and Lionel Robbins wished to ensure that this penumbra of autonomy—i.e. the “repatriation of Indigenous land and life,” as Tuck and Yang put it—remains tightly constrained by a Europe-defined normative global order, where free-market commerce always outflanks nationalist movements’ experiments with protectionism (Slobodian 2018).

While these men are usually associated with a discrete thought tradition within economics, I’ve begun to understand how their work is also key both to an understanding of, and a practical genealogy for, the ways Indigenous lands tend to remain perpetually in settler colonial hands today, despite being officially decolonized. Such is one of the ways German Studies research has indeed been host to a ground zero for continued colonization and potential decolonization in our time—rather than just looking on as a less implicated, “metaphorical” neighbor to the classic territorial empires’ impact and legacies.

I am thinking here about anticolonial and “diversity” work from the perspective of the classroom. At this historical juncture, it seems most urgent to me to implement pedagogies that work against North American German studies as a colonial project from two perspectives: (1) enabling students to create (geo)politics of knowledge that decenter Europe as a sort of originary location of knowledge, modernity, and progress. This includes challenging the ways in which German intellectual traditions have participated in racist thought and ideas; (2) working to construct a politics of place that can challenge the violence of settler colonialism. Both of these imperatives require centering work by scholars of color; putting German studies into careful conversation with ethnic studies, postcolonial studies, and Indigenous studies (among other disciplines); acquiring the skills and competencies for multilingual research (beyond European languages); thinking through the ongoing settler colonial violence that informs the very project of German studies in North America; insisting on transnational approaches to whatever “German cultural products” we construct as objects of study. Although such work might be promoted as fitting neoliberal demands for “innovation” and “flexibility,” the requisite scholarship in conversation with such curricular and classroom initiatives may also require a kind of “slowing down” that is in tension with the imperatives of the neoliberal university—taking the time to do the widespread reading and have the widespread conversations that anticolonial, interdisciplinary, transnational work requires; unlearning many norms of our disciplines and careers and resisting the impulses to discipline our students into those same norms. I make no claim to be doing this well.