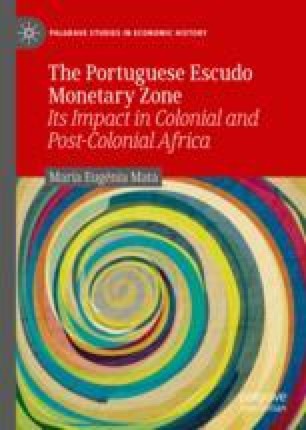 Decolonisation and Independence Agreements. Retornados and Difficulties of the Banking System

The revolution of 25 April 1974 brought new prospects with respect to decolonization. In 1974–75 all African colonies became newly-independent countries, and the Portuguese monetary authorities considered the post-colonial examples of the French franc zone, and of the British sterling zone. The conditions for colonial independence were very different from the French and British cases, and all newly-independent Portuguese-speaking countries announced the intention of issuing their own currencies. Their reserve accounts in Banco de Portugal were simple foreign accounts expressed in escudos, and not reserve accounts of a monetary zone. Half a million people came to the old Metropolis, and all depositors lost their deposits in the colonies.