Bolívar’s Afterlife in the Americas 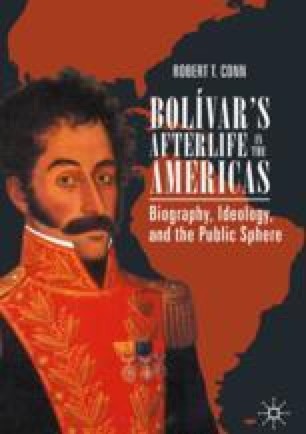 From Liberalism to Positivism: Gil Fortoul and Vallenilla Lanz

The political and intellectual figures who emerged in the first decades of Venezuela’s twentieth century conceived of their projects both within and against the logic of textual custodianship and possession established in the nineteenth century by Felipe Larrázabal, the O’Learys (father and son), and the state. Individuals who sought to direct the political course of Venezuela came to view themselves in relationship to Bolívar and to his writings, and understood the labor before them as one of bringing his figure forth to steer intellectual and political discourse. They performed this function in the context of Venezuela, particularly as this was concerned with the country’s history of civil war, military insurrections, and dictatorship, as well as in the context of Latin America, the United States, and Europe, where interest in independence and Bolívar surged subsequent to the Spanish-Cuban-American war of 1898.