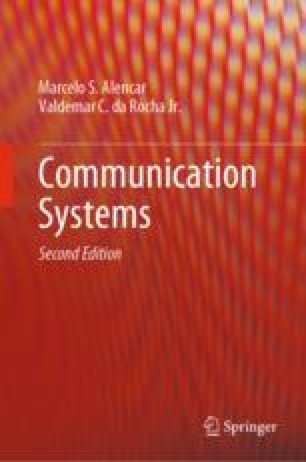 The  theory of sets, in its more general form, began with Georg Cantor (1845–1918)  in the nineteenth century. Cantor established the basis for this theory and demonstrated some of its most important results, including the concept of set cardinality. Cantor was born in St. Petersburg, Russia, but lived most of his life in Germany (Boyer 1974).  The ideas relative to the notions of universal set, empty set, set partition, discrete systems, continuous systems and infinity are, in reality, as old as philosophy itself.

The  theory of sets, in its more general form, began with Georg Cantor (1845–1918)  in the nineteenth century. Cantor established the basis for this theory and demonstrated some of its most important results, including the concept of set cardinality. Cantor was born in St. Petersburg, Russia, but lived most of his life in Germany (Boyer 1974).  The ideas relative to the notions of universal set, empty set, set partition, discrete systems, continuous systems and infinity are, in reality, as old as philosophy itself.

In the time of Zenon, one of the most famous pre-Socratic philosophers, the notion of infinity was already discussed. Zenon, considered the creator of the dialectic, was born in Elea, Italy, around 504 B.C. and was the defendant of Parmenides, his master, against criticism from the followers of  Pythagoras. Pythagoras was born in Samos around 580 B.C. and created a philosophic current based on the quantification of the universe.

Zenon, by his turn, defended the idea of a unique being continuous and indivisible, of Parmenides, against the multiple being,  discontinuous and divisible of Pythagoras. Aristotle presents various of Zenon’s arguments relative to movement, with the objective of establishing the concept of a continuum.

Aristotle was born in Estagira, Macedonia, in the year 384 B.C. The first of Aristotle’s arguments suggests the idea of an infinite set, to be discussed later (Durant 1996). This argument is as follows: If a mobile object has to cover a given distance, in a continuous space, it must then cover first the first half of the distance before covering the whole distance.

Reasoning in this manner Zenon’s argument implies that infinite segments of distance cannot be successively covered in a finite time. The expositive logic in Aristotle’s counterargument is impressive (de Souza 1996):

Despite the reflections of pre-Socratic philosophers and of others that followed, no one had yet managed to characterize infinite until 1872. In that year,  J. W. R. Dedekind (1831–1916) pointed to the universal property of infinite sets, which has found applications as far as in the study of fractals (Boyer 1974):

A system S is called infinite when it is similar to a part of itself. On the contrary, S is said to be finite.

Cantor also recognized the fundamental property of sets but, differing from Dedekind, he noticed that not all infinite sets are equal. This notion originated the cardinal numbers,  which will be covered later, in order to establish a hierarchy of infinite sets in accordance with their respective powers. The results of Cantor led him to establish set theory as a fully developed subject. As a consequence of his results on transfinite arithmetic, too advanced for his time,  Cantor suffered attacks of mathematicians like Leopold Kronecker (1823–1891), who disregarded him for a position at the University of Berlin.
Cantor spent most of his carrier life in the smaller University of Halle, in a city of medieval aspect with the same name in Germany, famous for its mines of rock salt, and died there in an institution for persons with mental health problems. However, his theory received from David Hilbert (1862–1943), one of the greatest mathematicians of the twentieth century, the following citation (Boyer 1974):

The new transfinite arithmetic is the most extraordinary product of human thought, and one of the most beautiful achievements of human activity in the domain of the purely intelligible.

Set theory will be developed based on a set of axioms, called fundamental axioms: Axiom of Extension, Axiom of Specification, Peano’s Axioms, Axiom of Choice, besides Zorn’s Lemma, and Schröder–Bernstein’s Theorem (Halmos 1960).

The objective of this section is to develop the theory of sets in an informal manner, just quoting these fundamental axioms, since this theory  is used as a basis for establishing a probability measure. Some examples of common sets are given next.

The most important relations in set theory are the belonging relation, denoted as \(a \in A\), in which a is an element of the set A, and the inclusion relation, \(A \subset B\), which is read “A is a subset of the set B,” or B is a superset of the set A.

The  Cartesian product is a way of expressing the idea of indexing of sets. The indexing of sets expands the possibilities for the use of sets, allowing to produce eventually entities known as vectors and signals.

In  order to construct an algebra of sets or, equivalently, to construct a field over which operations involving sets make sense, a few properties have to be obeyed.

The above properties guarantee the closure of the \(\sigma \)-algebra with respect to enumerable operations over sets. These properties allow the definition of limits in the Borel field.

This section summarizes the more basic definitions related to probability theory, random variables and stochastic processes, the main results, and conclusions of which will be used in subsequent chapters.

Probability theory began in France with studies about games of chance. Antoine Gombaud (1607–1684), known as Chevalier de Méré, was very keen on card games and would discuss with Blaise Pascal (1623–1662) about the probabilities of success in this game. Pascal, also interested in the subject, began a correspondence with Pierre de Fermat (1601–1665) in 1654, which originated the theory of finite probability (Zumpano and de Lima 2004).

However, the first known work about probability is De Ludo Aleae (About Games of Chance), by the Italian medical doctor and mathematician Girolamo Cardano (1501–1576), published in 1663, almost 90 years after his death. This book was a handbook for players, containing some discussion about probability.

The first published treatise about the Theory of Probability, dated 1657, was written by the Dutch scientist Christian Huygens (1629–1695), a folder titled De Ratiociniis in Ludo Aleae (About Reasoning in Games of Chance).

Another Italian, the physicist and astronomer Galileo Galilei (1564–1642), was also concerned with random events. In a fragment probably written between 1613 and 1623, entitled Sopra le Scorpete dei Dadi (About Dice Games), Galileo answers a question asked, it is believed, by the Grand Duke of Tuscany: When three dice are thrown, although both the number 9 and the number 10 may result from six distinct manners, in practice, the chances of getting a 9 are lower than those of obtaining a 10. How can that be explained?

Abraham de Moivre (1667–1754) was another important mathematician for the development of probability theory. He wrote a book of great influence at the time, called Doctrine of Chances. The law of large numbers was discussed by Jacques Bernoulli (1654–1705), Swiss mathematician, in his work Ars Conjectandi (The Art of Conjecturing).

The study of probability was deepened in the eighteenth and nineteenth centuries, being worth of mentioning the works of French mathematicians Pierre-Simon de Laplace (1749–1827) and Siméon Poisson (1781–1840), as well as the German mathematician Karl Friedrich Gauss (1777–1855).

Probability theory is usually presented in one of the following manners: The classical approach, the relative frequency approach, and the axiomatic approach. The classical approach is based on the symmetry of an experiment, but employs the concept of probability in a cyclic manner, because it is defined only for equiprobable events. The relative frequency approach to probability is more recent and relies on experiments.

Considering the difficulties found in the two previous approaches to probability, respectively, the cyclic definition in the first case and the problem of convergence in a series of experiments for the second case, henceforth only the axiomatic approach will be followed in this text. Those readers interested in the classical or in the relative frequency approach are referred to the literature (Papoulis 1981).

The axioms of probability established by Andrei N. Kolmogorov (1903–1987), allowing the development of the complete theory, are just three statements as follows (Papoulis 1983):

\(P(S) = 1\), in which S denotes the sample space or universal set and \(P(\cdot )\) denotes the associated probability.

Using his axiomatic approach to probability theory, Kolmogorov established a firm mathematical basis on which other theories rely as, for example, the Theory of Stochastic Processes, Communications Theory, and Information Theory.

Kolmogorov’s fundamental work was published in 1933, in Russian, and soon afterward was published in German with the title Grundbegriffe der Wahrscheinlichkeits Rechnung (Fundamentals of Probability Theory) (James 1981). In this work, Kolmogorov managed to combine Advanced Set Theory, of Cantor, with Measure Theory, of Lebesgue, in order to produce what to this date is the modern approach to probability theory.

2.3.1 Average Value of a Random Variable

2.3.2 Moments of a Random Variable

2.3.3 The Variance of a Random Variable

2.3.4 The Characteristic Function of a Random Variable

A random process (or stochastic process) X(t) defines a random variable for each point on the time axis. A stochastic process is said to be stationary if the probability densities associated with the process are time-independent.

However, since the signal is time-varying, its statistical mean can also change with time, as illustrated in Fig. 2.16. In the example considered, the variance is initially diminishing with time and later it is growing with time. In this case, an adjustment in the signal variance, by means of an automatic gain control mechanism, can remove the pdf dependency on time.

A signal is stationary whenever its pdf is time-independent, i.e., whenever \(p_X(x,t) = p_X(x)\), as illustrated in Fig. 2.17.
Stationarity may occur in various instances:

The following conditions are necessary to guarantee that a stochastic process is wide-sense stationary.

A strictly stationary stochastic process has time-independent joint pdf’s of all orders. A stationary process of second order is that process for which all means are constant and the autocorrelation depends only on the measurement time interval.

Summarizing, a stochastic process is ergodic whenever its statistical means, which are functions of time, can be approximated by their corresponding time averages, which are random processes, with a standard deviation which is close to zero. The ergodicity may appear only on the mean value of the process, in which case the process is said to be ergodic on the mean.

Properties of the Autocorrelation

Properties of the Power Spectral Density

In the sequel, a few properties of the power spectral density function are listed.

The Response of Linear Systems to Random Signals

Observation: Pre-emphasis circuits are used in FM modulators to compensate for the effect of square noise.

The autocorrelation is a special measure of average behavior of a signal. Consequently, it is not always possible to recover a signal from its autocorrelation. Since the power spectral density is a function of the autocorrelation, it also follows that signal recovery from its PSD is not always possible because phase information about the signal has been lost in the averaging operation involved. However, the cross-power spectral densities, relating input–output and output–input, preserve signal-phase information and can be used to recover the phase function explicitly.

2.6 Mathematical Formulation for the Digital Signal

This section presents a mathematical formulation for the digital signal, including the computation of the autocorrelation function and the power  spectrum density.

The digital signal, which can be produced by the digitization of the speech signal, or directly generated by a computer hooked to the Internet, or other equipment, can be mathematically expressed as
$$\begin{aligned} m(t) = \sum _{k=-\infty }^{\infty } m_k p(t - k T_b), \end{aligned}$$
(2.39)
in which \(m_k\) represents the kth randomly generated symbol from the discrete alphabet, p(t) is the pulse function that shapes the transmitted signal and \(T_b\) é is the bit interval.

2.6.1 Autocorrelation for the Digital Signal

Therefore, the signal design involves pulse shaping as well as the control of the correlation between the transmitted symbols, which can be  obtained by signal processing.

The signal bandwidth can be defined in several ways. The most common is the half-power bandwidth (\(\omega _{3dB}\)). This bandwidth is computed by taking the maximum of the power spectrum density, dividing by two, and finding the frequency for which this value occurs.