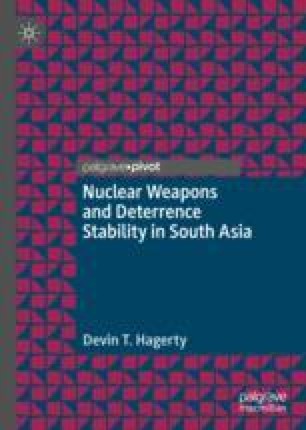 This chapter examines four India-Pakistan crises between 1999 and 2016: the Kargil conflict of 1999, the Twin Peaks crisis of 2001–2002, the Mumbai attacks and their aftermath in 2008, and the Uri attack and subsequent Indian “surgical strikes” in 2016. I present a concise chronological narrative of each episode, focusing in particular on the nature of the Indian response to Pakistani and Pakistan-abetted subconventional aggression. In all of the crises, the Indian government opted for markedly restrained, non-escalatory responses in the face of intense domestic pressures to retaliate with punishing military force. The chapter sets the empirical stage for a comparative analysis of the explanations most often posited by scholars for New Delhi’s forbearance, which is the subject of Chap.  3.