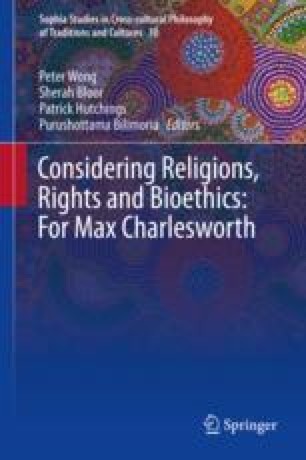 While not taking St. Anselm’s ontological argument in the Proslogion to be valid, this paper shows that the dismissal of the thesis by both St. Thomas Aquinas and Kant does less than justice to St. Anselm’s text. In Chapter II of the Proslogion Anselm defines God as ‘something than which nothing greater can be thought’, claiming that this notion ‘exists in the mind’. The question is does its subject, God, exist ‘in re’. Can one proceed from the mental existence to real existence given that to exist in re is greater than to exist notionally? This paper sets out several of Anselm’s premises from which he concludes that the notional existence of God defined by Anselm entails God’s actual existence, Aquinas dismissed Anselm’s arguments – possibly not having Anselm’s full text at hand. Anselm maintains that if ‘something than which nothing greater can be thought’ can be conceived, then to deny its existence in re constitutes a self-contradiction. The present paper examines in detail the elements of which Anselm’s elegant arguments are composed: q.v. Reference is made to Anselm’s Reply to Gaunilo, and to Anselm’s ontology set out in Monologion. Much, for the modern reader, turns on the topical logic of ‘perfection’ and of ‘greatness’. Again: much turns on the Kantian question ‘Is existence a predicate?’ And on the question: what kinds of things can be the subject of predicates? The comparison which Anselm is making between real and conceptual existence is not like any other comparison. This may be the flaw in his arguments.