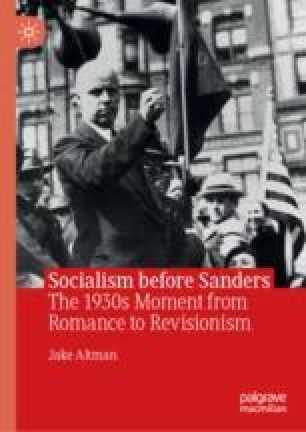 Socialism before Sanders pp 1-6 | Cite as

The introduction connects the current revival, the period in the early twentieth century when socialists had widespread successes, and the 1930s moment when socialism experienced a revival. Socialism’s first period of success in American life lasted roughly twenty years. Its failure to mature into a durable, independent political force has been attributed to many causes: repression, social mobility, political alliances between Democrats and Republicans, the ability of preexisting political movements to absorb elements of the socialist appeal, and internecine conflict within the socialist movement. It appeared at specific moments in history that socialism was on the upswing or soon would be again; its upward boundaries not yet demarcated. Although socialism never returned to the independent electoral strength of the Debs era, it has never gone completely and has remained a persistent and influential thread. The 1930s offered new opportunities, challenges, and a new and persistent relevance for socialists.