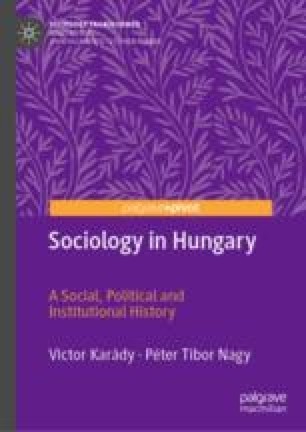 Hungarian sociology was born in phase with the West, but its development was drastically interrupted several times over the last century. This chapter recalls the learned societies of the 1900s, and the new starts after 1919, after 1945, in the 1960s, and finally in 1989. The profession, like society as a whole, suffered enormous losses, which had to be compensated several times. Ultimately political pressures, both from the Christian Regime and the Bolshevik establishment, accompanied by the attempt at a Russian-Marxist colonization, failed, though the future since 2010 appears to be once again uncertain in the face of government attacks on academic autonomy.