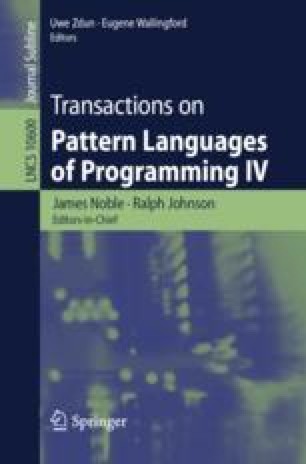 The patterns presented in this article have originally been published in [41] and [24], and a grant to reuse the content has been kindly provided by VikingPLoP 2012 and 2013 organizers. The publications were written in co-operation with Timo Vepsäläinen and Seppo Kuikka.

In addition, with no less importance, the authors would like to thank the workshop group members in the VikingPLoP 2013: Samuel Lehtinen, Christopher Preschern, Johannes Koskinen, Pekka Alho, Marko Leppänen, Stefan Radomski, Ville Reijonen, and Veli-Pekka Eloranta and especially our shepherd Dirk Schnelle-Walka for their valuable feedback and input to improve the patterns and the paper.