Transdisciplinary Multispectral Modeling and Cooperation for the Preservation of Cultural Heritage 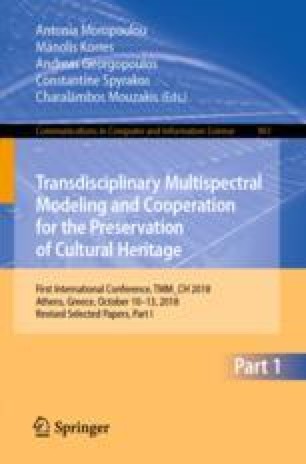 TMM_CH 2018: Transdisciplinary Multispectral Modeling and Cooperation for the Preservation of Cultural Heritage pp 58-68 | Cite as

This paper concerns the corrosion evaluation and protection study of metallic structural elements embedded in mortars and stone. The corrosion protection study of the metallic structural elements was evaluated at the Holy Aedicule monuments in Jerusalem. Chapel Aedicule, which contains the Holy Sepulchre itself, located in the center of Rotunda. The Aedicule has two rooms, the first holding the Angel’s Stone, which is believed to be a fragment of the large stone that sealed the tomb; the second is the tomb itself. In order to assess the environment and the corrosion rate of the metal components, visual inspection, corrosion potential of embedded metals (Open Circuit Potential) and the electrical conductivity of mortars and stones were measured. The aforementioned measurements resulted that the environment of the metal elements has low to moderate corrosive capacity. However, even if the corrosion environment is moderate, always in the case of monuments when metallic elements involved should be protected.

Contributions from all over the world secured the project’s funding. Worth noting Mica Ertegun’s and Jack Shear’s donations through WMF, Aegean Airlines et al.