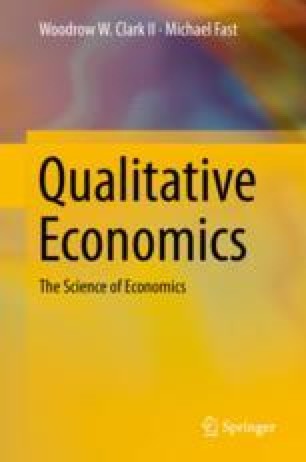 In this chapter, some practical empirical cases are discussed that utilize the application of qualitative economics in an interactionist scientific perspective. For the purposes of the chapter and within the theoretical considerations already outlined, the cases are far from the typical analyses seen in conventional business economic publications. What is demonstrated here are qualitative economic studies utilizing interactionism and Lifeworld as “daily” interactive perspective. From these theoretical conceptions, empirical data provides clear examples of this perspective to understanding businesses activities, actions, events of people, and groups. Above all, the chapter provides the basic economic science paradigm cases noted in the previous chapters.

Like the car equivalents, 48 V mild hybrid trucks do not start as electric vehicles (driving the wheels electrically some or all of the time) but they are headed that way.
Electric vehicles are rapidly scaling up in production, but under the surface of this explosive growth there are significant competitions taking place across the supply chain.
After surfacing its Vespa Elettrica concept at EICMA last year, a large motorcycle trade show known for these sort of announcements from manufacturers, Piaggio finally announced that it will go to production this September, and that it will take preorders in October with the first deliveries later that month.
A rather unusual trolleybus has been navigating the streets of Zurich in recent months. With its large windscreen and covered wheels, it could easily be mistaken for a tram. It features a hybrid electric drive system that allows it to draw power from an on-board traction battery as well as overhead wires. But this bus is also “smart,” boasting specially designed software that automatically gathers information on the route.
This is a technological megatrend. Dumb load-bearing metal structures move to plastic and composite and incorporate energy harvesting and storage material – massless energy. Indeed you could call some of it negative mass energy. Goodbye components-in-a-box.
UK Prime Minister Theresa May will announce £106 million for R&D in green vehicles, new batteries and low carbon technology.
Walmart Canada announced plans to power its fleet using 100 per cent alternative power by 2028. To meet that goal, the company has announced plans to acquire an additional 30 Tesla 18-wheeler semi-trucks, building on its original order of 10 trucks in November 2017.
IDTechEx will be hosting a free webinar on Tuesday 25 September titled Electric two-wheelers: the EV underdog?
Toyota is conducting a safety recall involving certain 2016–2018 model year Toyota Prius vehicles. The subject vehicles have an engine wire harness which is connected to the hybrid vehicle Power Control Unit. A portion of the wire harness could contact the cover at this connection and wear over time, causing an electrical short circuit, which can generate heat. If sufficient heat is generated, there is an increased risk of a vehicle fire.
Volvo Cars reveals its new Volvo 360c concept, a holistic view of a future of travel that is autonomous, electric, connected and safe. It could open up new growth markets for Volvo Cars, for example in the multi-billion dollar domestic air travel industry.

In April 2018, IDTechEx gave a presentation at the world copper conference in Santiago Chile. This was part of work carried out for the International Copper Association to benchmark the commercial status of emerging conductive material. The presentation delivered can be seen below.

Tritium is receiving a portion of $3.2 million in federal funding awarded to the Electric Power Research Institute for developing an extreme fast charging system that can connect to the grid.