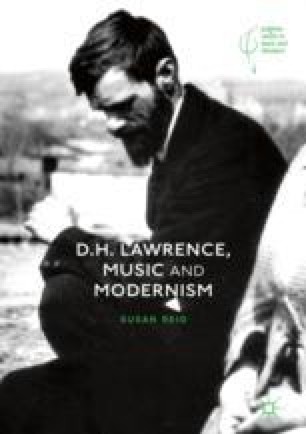 Conclusion: Aspiring to the Condition of Song

This chapter, “Conclusion: Aspiring to the Condition of Song”, rounds off this survey of Lawrence’s extensive musical interests, as evidenced across his work, by exploring his perplexing marginalisation in studies of what Werner Wolf calls The Musicalization of Fiction. Lawrence’s deep interest in song, manifest in every chapter of this book and identified by his contemporaries E.M. Forster and Aldous Huxley, diverged from the pre-eminent orchestral model for musical fiction that emerged over the course of the twentieth century. However, Anthony Burgess, a prolific composer as well as a celebrated writer, notably placed Lawrence alongside James Joyce as writers who revelled in the musicality of language and thus gestures towards a more inclusive model of musical modernism.