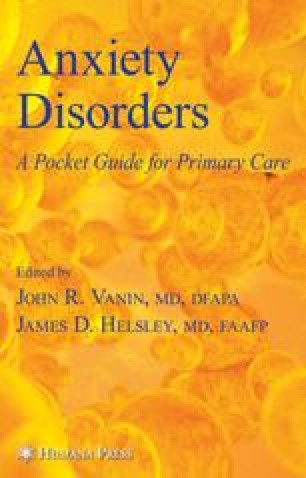 Anxiety Disorder Due to a General Medical Condition

The exact cause of the anxiety disorders is unknown. There is, however, considerable evidence that a deep brain structure, the amygdala, is intricately involved with the development of anxiety behavior. The amygdala is thought to mediate the fear response in the brain when an individual is confronted with real or perceived danger [2]. The response of the amygdala to a threat is to create the “fight or flight” response, which includes adrenal catecho-lamine release, increased heart rate, glycogenolysis, and shunting of blood...