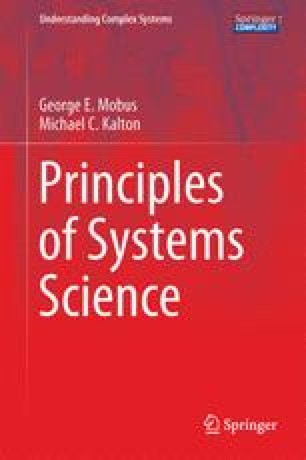 Computation is to the processing of data, information, and knowledge, what physical work processes are to material transformations. Indeed computation is a work process of a very special kind in which energy is consumed to transform messages received into usable forms. Here, we will consider several kinds of computational processes and see how they all provide this transformation. Everyone is familiar with the digital computer, which has become one of the most ubiquitous forms of man-made computation. But we will also investigate biological forms of computation, especially, for example, how brains perform computations such as transforming sensory data streams into actions. One especially important use of computation (both in machines and brains) is the construction and running of simulation models.

Conditioned Stimulus Memory Trace Digital Computer Computational Process Binary Number
These keywords were added by machine and not by the authors. This process is experimental and the keywords may be updated as the learning algorithm improves.

“Calculating machines comprise various pieces of mechanism for assisting the human mind in executing the operations of arithmetic. Some few of these perform the whole operation without any mental attention when once the given numbers have been put into the machine.”