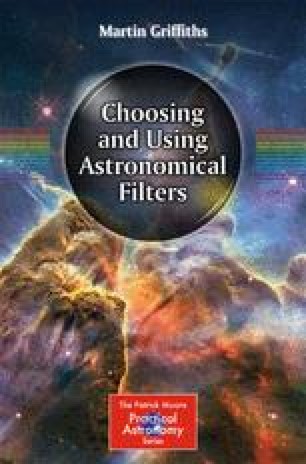 Observing the Moon with Filters

Anyone who has looked through a telescope is overwhelmed when they get their first sight of the Moon. It is difficult to compare the rich detail of its surface with any other object in the night sky. When one delves into the historical background of lunar observation, it is incredible and yet unsurprising to find that the first telescopic observers were so unprepared for what they would find on the surface that their maps bore little resemblance to real features. Their perceptions and expectations were influenced by those of the ancient Greek philosopher Aristotle, who took the view that the heavens were perfect—immutable and unchanging—and, thus heavenly bodies would appear to be lustrous and smooth. This view was passed down over the centuries, becoming incorporated into theological and social dogma.

Lunar Surface Neutral Density Filter Polarize Filter Lunar Phase Lunar Eclipse
These keywords were added by machine and not by the authors. This process is experimental and the keywords may be updated as the learning algorithm improves.
This is a preview of subscription content, log in to check access.