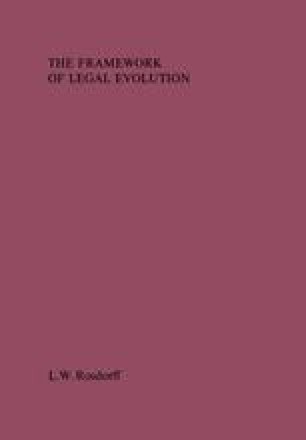 A Synthesis Between the Theories of Bentham and of Hohfeld

It is not true to say that it depends on the will of the sovereign whether one may have two kinds of right or only one kind of right, or none at all. From Bentham’s and Hohfeld’s theories a conception may be developed which is a device for indicating a person’s legal position. From Bentham one may take his theory of the will as a sovereign’s imperative, not because it would be the best possible answer to the questions to which it attempts to reply, but because it can easily be substituted by other conceptions concerning the reasons why a certain conduct should be, or may be, adopted in a certain case. From Hohfeld one may take his theory of four fundamental jural relations because this theory has some advantages over Bentham’s theory on “aspects of the will”.