The Road to Health Care Reform 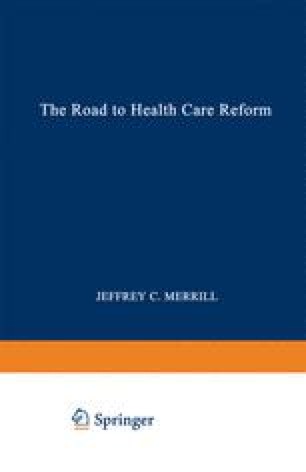 Over the last decade, containing health care costs in the United States has become a major priority, almost an obsession, of both the government and the private sector. Both tried to control health care costs through a mix of diverse regulatory and antiregulatory (competitive) approaches, and through coercion and incentives. These mechanisms were designed, at times, to control the level of utilization of services and, at others, their price.

Health Care Cost Health Care Expenditure Payment System Cost Containment Capital Expenditure
These keywords were added by machine and not by the authors. This process is experimental and the keywords may be updated as the learning algorithm improves.
This is a preview of subscription content, log in to check access.

Cite this chapter as:
Merrill J.C. (1994) Cost Containment and Reimbursement. In: The Road to Health Care Reform. Springer, Boston, MA