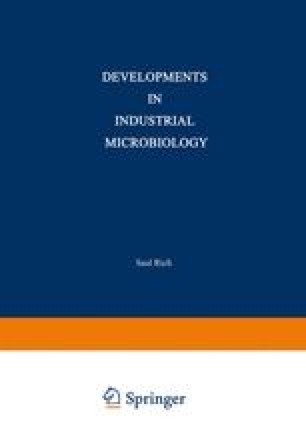 Adaptation of Microorganisms to Radiation

Adaptations of microorganisms to particular environmental stresses have been frequently observed and may be initiated by a variety of causative factors. If the stress imparts a selective advantage to variants in the culture, or if it induces an increased frequency of mutations to forms with a selective advantage, the original strain may vanish with time and be replaced by a strain better adapted to the changed environmental conditions. It is an example of such a stress and response that I intend to consider.

Methylene Blue Gamma Radiation Selective Advantage Serratia Marcescens Radiation Resistance
These keywords were added by machine and not by the authors. This process is experimental and the keywords may be updated as the learning algorithm improves.
This is a preview of subscription content, log in to check access.

Cite this chapter as:
Shefner A.M. (1960) Adaptation of Microorganisms to Radiation. In: Developments in Industrial Microbiology. Springer, Boston, MA