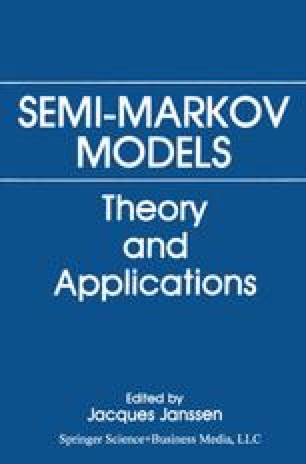 In reliability studies, the question of assessing the behavior of the failure rate of a given device often arises. In practice, it is assumed that the life length of the device has a certain distribution, such as exponential, Weibull, gamma, or that its life length belongs to a given family of distributions, such as increasing failure rate, increasing failure rate average. Based on field data collected about the failure times of identical devices optimal estimates of the failure rate are obtained and hypothesis testing for the parameters of the assumed distribution function are carried out. In many cases collecting enough data for sound statistical conclusions to be drawn is not possible either because of prohibitive cost or insufficient time available to observe all failure times of items on test. Even if enough data can be collected, the validity of the inference procedures are questionable due to the sometimes unfounded but necessary assumptions that must be imposed concerning the distribution function of the failure time. One way to avoid the above difficulties is to examine the failure mechanism of the given device and thus determine in a proper fashion the form of its distribution function. In this paper we concern ourselves with deterioration models, and we discuss three such models. In the first model a device is subject to damage and wear. The damage is assumed to be an increasing strong Markov pure jump process and the wear occurs at a constant rate. This amounts to saying that damage occurs because of shocks and that the times and magnitudes of shocks form a Poisson random measure on R+ × (0,∞) and the rate of wear is a constant a > 0. We call this model Pure Jump Damage Process With Drift. The second model differs from the first in one regard: between shocks the device wears at a rate which is equal to the damage accumulated right before the occurrence of the shock. For example, between the first and second shock the device fails at a constant rate which is equal to the left hand limit of the damage level at the time of occurrence of the first shock. We call this model Deterioration Processes With Wear Depending On Damage Level. The third model differs drastically from the first two. In this model, the deterioration process is assumed to be a Markov additive process (X,Z). The process X = (Xt) describes the state of the environment, and the increasing process Z = (Zt) describes the accumulated deterioration the device suffers. The process Z has conditionally independent increments given the paths of the environment process. In all three models, the device is assumed to have a threshold and it fails once the accumulated deterioration exceeds or is equal to the threshold. We study life distribution properties of such devices and the effect of the parameters of the deterioration process on the failure rate.

Failure Rate Failure Time Damage Function Wear Process Deterioration Process
These keywords were added by machine and not by the authors. This process is experimental and the keywords may be updated as the learning algorithm improves.
This is a preview of subscription content, log in to check access.