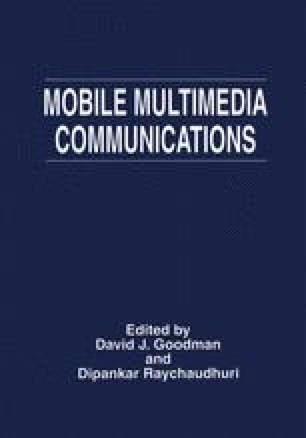 We propose a framework and a scheduling algorithm to manage Quality of Service (QoS) in mixed traffic wireless networks. In addition to performing channel allocation for different types of delay sensitive calls (such as voice, video and multimedia), this algorithm, the Mixed Quality of Service Algorithm (MQSA), does data packet scheduling. Calls from delay sensitive traffic sources (DSTS) are assigned channels by the channel assignment algorithm (CAA), which initiates the minimum number of call rearrangements such that at any instant the maximum number of calls can be accommodated, given blocked calls are lost, and fixed channel partitioning among the DSTS types is used. The assumed QoS for the DSTS traffic, call blocking probability, is derived from a Markov chain model. This QoS can be adjusted by changing the bandwidth partitioning in an off-line manner. Data delay cost is minimized given that DSTS calls have preemptive priority. This is done by an algorithm adapted from our earlier work for data only networks [5]. A feedback mechanism for selectively blocking DSTS calls, when queues are large, is also suggested.

Data Packet Transmission Range Continuous Time Markov Chain Resource Unit Packet Request
These keywords were added by machine and not by the authors. This process is experimental and the keywords may be updated as the learning algorithm improves.