The Definitive Guide to Firebase 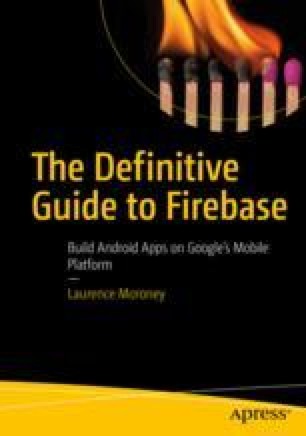 The Definitive Guide to Firebase pp 1-24 | Cite as

An Introduction to Firebase

In a survey conducted in 2016,1 it was found that 52% of developers fall below what is called the poverty line, $500 or less per month, in mobile revenue. Only 18% of developers were in the high earning category – $25k or more per month. Of those in the high earners bracket, 88% targeted three platforms: Android, iOS, and the Web. Thus, it would be logical that in order to emulate the most successful developers, you would want to target these platforms. However, doing so can be difficult when it comes to skillsets – managing separate code bases for complex tasks such as database management, identity, messaging, and other common attributes of apps will greatly increase the time and effort you need to invest to build and launch your app.