Migrating to Swift from Web Development 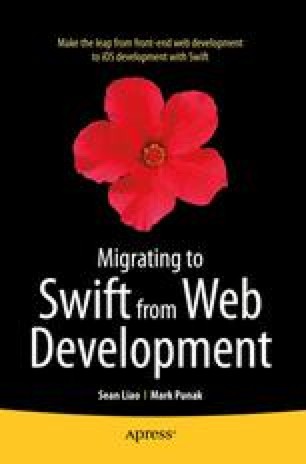 Migrating to Swift from Web Development pp 11-47 | Cite as

Creating mobile apps for both iOS and web deployment is fun and rewarding. With Xcode in place, you are ready to write code, build, and run iOS apps now. Objective-C had been the primary programming language for iOS apps until Swift was officially announced at the 2014 Apple Worldwide Developers Conference. If you’re just starting to learn iOS programming, you should go with Swift because there is no reason to choose the old way and miss the latest and greatest features. Your next steps should be learning the fundamentals of the following:

Access Modifier Reference Type Content View Project Setting Utility Area
These keywords were added by machine and not by the authors. This process is experimental and the keywords may be updated as the learning algorithm improves.
This is a preview of subscription content, log in to check access.