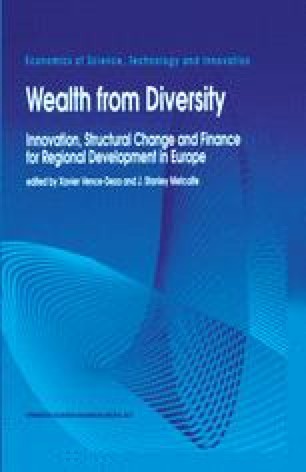 External Control and Regional Development in an Integrated Europe

The process of European integration is generally perceived as an opening up to competition of both product and factor markets. Indeed, for many, the promotion of competition is the raison d’être of the European ideal. However, while competition and market integration are important dimensions of the integration process they do not completely define it. Alongside market integration there exists a process of company integration and functional specialisation which is having, and will continue to have, profound implications for economic development in Europe’s peripheral regions. This process is taking the form of cross-border takeovers, movements of company functions between locations, inward investments, management buy-outs and so on. The rationale for these changes may be to take advantage of increased market opportunities, but will just as likely be motivated by concerns to limit and restrict the effect of increased competition. Whatever the motivation behind such change, the outcome is likely to be further increases in the degree to which companies and economic activities in the peripheral regions are controlled by firms outside the region typically in the ‘core’ regions of the EU. This is because ‘core’ regions attract a disproportionate number of the headquarters of companies, a process which continues, largely through takeovers and re-organisations, within member states of the EU such as Germany [Schackmann-Fallis (1989)] and the UK [Ashcroft, Coppins, and Raeside (1994)]. Such trends would, I suspect, be found in other EU countries if the data were available. Further European integration is likely to accelerate and adjust this process in favour of the ‘core’ regions of the wider European economy.

Regional Development Regional Economy External Control Firm Formation Supply Potential
These keywords were added by machine and not by the authors. This process is experimental and the keywords may be updated as the learning algorithm improves.
This is a preview of subscription content, log in to check access.