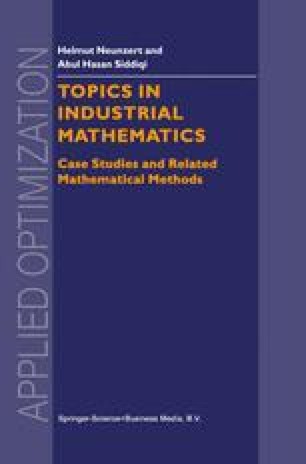 Models of Hysteresis and Applications

The phenomenon of hysteresis occurs in a large number of practical situations and plays a very important role in areas like ferro-magnetism, ferro-electricity, phase transitions from solid to liquid or liquid to solid. In spite of the fact that this concept has varieties of significant applications in scientific problems, its systematic study started quite late. However, in the last couple of years, two proceedings of the conferences, edited by Visintin [1993, 1994] and four monographs by Brokate and Sprekels [1996]; Krasnosel’skii, and Pokrovskii [1989], Mayergoyz [1991] and Visintin [1994] have appeared, besides a large number of research papers on applications of the concept, especially in the estimation of life-time of machines. These publications are attracting the attention of fairly large number of mathematicians and engineers. The main goal of this chapter is to familiarize the readers with the basic tools and techniques of this field which may prove vital for industrial applications. It may be observed that this area still requires intensive study and there is no dearth of challenging problems.

Hysteresis Loop Input String Fatigue Analysis Play Operator Preisach Model
These keywords were added by machine and not by the authors. This process is experimental and the keywords may be updated as the learning algorithm improves.
This is a preview of subscription content, log in to check access.