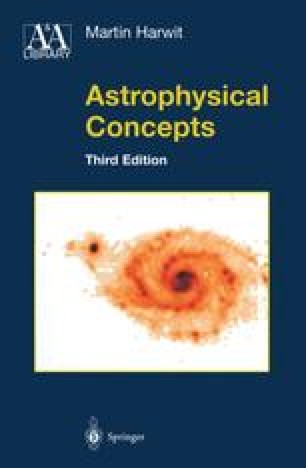 Dynamics and Masses of Astronomical Bodies

The motion of astronomical bodies was first correctly analyzed by Isaac Newton (1642–1727). He saw that a variety of apparently unrelated observations all had common features and should form part of a single theory of gravitational interaction. To formulate the theory, he had to invent mathematical techniques that described the observations and showed their interrelationship. His struggles with the mathematical problems are recorded in his book Principia Mathematica (Ne00).

Impact Parameter Radius Vector Globular Cluster Galactic Center Inertial Mass
These keywords were added by machine and not by the authors. This process is experimental and the keywords may be updated as the learning algorithm improves.
This is a preview of subscription content, log in to check access.