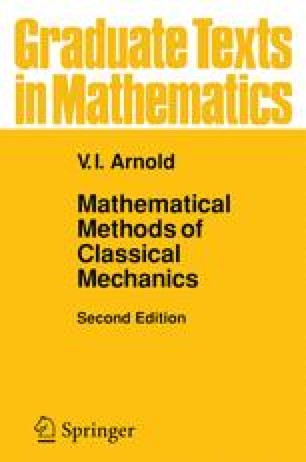 In this chapter we study in detail some very special mechanical problems. These problems are traditionally included in a course on classical mechanics, first because they were solved by Euler and Lagrange, and also because we live in three-dimensional euclidean space, so that most of the mechanical systems with a finite number of degrees of freedom which we are likely to encounter consist of rigid bodies.

Angular Velocity Rigid Body Coriolis Force Angular Velocity Vector Angular Momentum Vector
These keywords were added by machine and not by the authors. This process is experimental and the keywords may be updated as the learning algorithm improves.
This is a preview of subscription content, log in to check access.