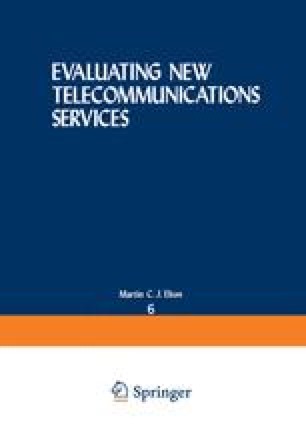 Use and Traffic Characteristics of Teleconferencing for Business

This paper reviews results of some Canadian studies concerned with the use of teleconferencing for management and administration in business. These studies took the form of surveys to evaluate the attitudes of users of various audio and video teleconferencing systems in the federal government, the University of Quebec and Bell Canada.

Favourable Attitude Traffic Characteristic Suitable Technology Indian Affair Shared Facility
These keywords were added by machine and not by the authors. This process is experimental and the keywords may be updated as the learning algorithm improves.
This is a preview of subscription content, log in to check access.