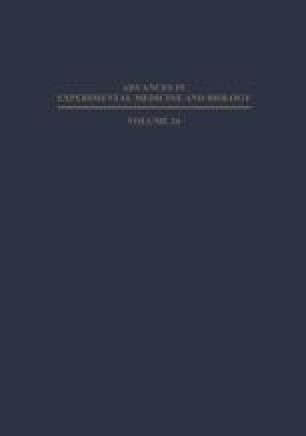 The classification of some of the degenerative neurological diseases loosely known as “neuronal lipidosis” has been changing over the years with the recognition of specific disorders of metabolic pathways. While some of these diseases used to be known under the old clinical term “amaurotic family idiocy” (AFI), subdivided according to age of onset, more recently the infantile group, or Tay-Sachs disease, has been recognised as being one of the gangliosidoses. In the lase few years, there has been a tendency amongst neuropathologists to consider the other types of “AFI” (in which there is no increase in gangliosides) as one entity under the general heading of “Batten’s Disease” (eman and Dyken, 1969). Amongst these patients, however, there is a subgroup which clinically would belong to the “late infantile AFI” and these children show particular electro-encephalographic (EEG) features including abnormal responses to low rates of photic stimulation which are quite distinctive (Pampiglione, 1961; 1968; Pampiglione and Lehovsky, 1968). In view of these unusual photoc responses a detailed study of children with this disease has been made recording simultaneously the electroretinogram (ERG) with a non-corneal electrode, visual evoked responses from the cortex (VER) and the EEG from various regions of the scalp. The technique described previously (Harden and Pampiglione, 1970).

Negative Component Abnormal Response Photic Stimulation Flash Rate Visual Evoke Response
These keywords were added by machine and not by the authors. This process is experimental and the keywords may be updated as the learning algorithm improves.
This is a preview of subscription content, log in to check access.