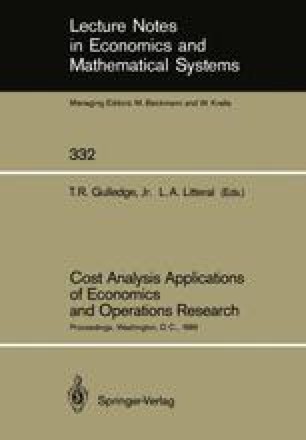 In keeping pace with recent advances in electronics, the military services have shifted from solid state devices (transistors) to micro-miniaturized devices (chips) in the design of avionics. By employing micro-miniaturized electronics, those who design military aircraft have sought to take advantage of the intrinsically higher reliability of chips. At the same time, designers have taken advantage of micro-miniaturized components to build more performance into avionics systems. However, in the views of some, the means used to increase performance have had negative effects on supportability, which counters the positive intrinsic effect.

Military Service Repair Time Solid State Device Radar Altimeter Military Aircraft
These keywords were added by machine and not by the authors. This process is experimental and the keywords may be updated as the learning algorithm improves.
This is a preview of subscription content, log in to check access.