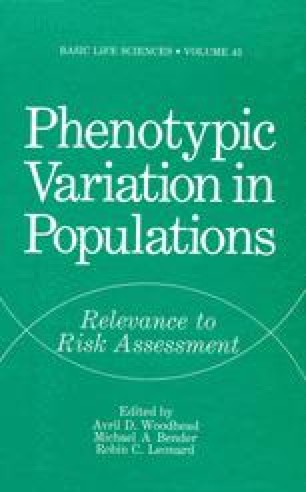 Efficiency, Liberty and Justice In Screening for Phenotypic Variation

The scientific and social issues raised by the subject of this conference—phenotypic variation and risk assessment—are clearly significant. What is less clear is why one should turn to philosophy for enlightenment on questions that appear to depend more on technologic complexities. Yet once we ask what we should do with our scientific knowledge, we have entered the realm of non-scientific values and in the case before us, of conflict between values. On the one hand is the important non-moral value efficiency; on the other hand are the moral values justice and liberty. A mature science and technology of screening for phenotypic variation could hold great promise for enhancing efficiency. And a tool for public policy decision-making such as cost-benefit analysis that so emphasizes efficiency might well commend the technology for just that reason. Yet if we did adopt large scale screening for phenotypic variation, we could do grave damage to justice and liberty.

Phenotypic Variation Moral Dilemma Occupational Disease Moral Problem Moral Choice
These keywords were added by machine and not by the authors. This process is experimental and the keywords may be updated as the learning algorithm improves.
This is a preview of subscription content, log in to check access.